Accueil » Proceedings: Animal Welfare: from Science to Law » Opening speech to the symposium 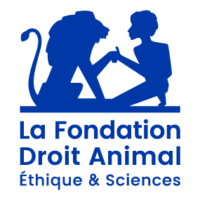 Mr Louis Schweitzer, the President of La Fondation Droit Animal, Éthique et Sciences, and I express our gratitude to Daniel Janicot, the President of the French National Commission for Unesco for granting us with the patronage of the Commission for this conference, without any hesitation, even with enthusiasm. We also thank His Excellency Philippe Alliot, the French ambassador to Unesco, who has approved that this international conference is held here, in the world centre for science and culture.

This is the twelfth conference that our Foundation has organised since its creation in 1977. At the time, we were five people who wanted to constitute a think tank about the living conditions that humans impose to animals for their own interest. Let us remind ourselves who were the founders: Alfred Kastler, Nobel Prize in Physics, Rémy Chauvin, ethologist, Philippe Diolé, author and explorer, Georges Browers, legal expert, and myself, biologist and doctor. From the beginning, we have seen the necessity to make people with too often compartmentalised knowledge meet, zoologists, lawyers, moralists, biologists, historians, doctors, veterinaries, religious people, etc.

I will not list all our conferences, but I underline the evolution of the subjects throughout the years. The first ones mainly dealt with philosophy and ethics, then the interest focused on neurophysiology and behaviour, and then tightened on the feeling and suffering of animal and humans’ responsibility, entitled, “Human and animal: from pain to cruelty”, topic of our 2007’s conference, and “Animal suffering: from science to law”, in 2012. These two conferences allowed us to reaffirm the existence of pain and suffering in animals. That of 2012 more precisely showed that the law, still often limited to ban practices that can harm the animals, can and must progress based on the acquisition of scientific knowledge, and evolve towards measures which positively benefits the animals, meaning which can bring them satisfactions, in a word, a feeling of welfare. The topic needed to be dealt with in depth, and in his general conclusion, Mr Schweitzer had wished – I quote him – “that the next symposium will address the issue of animal welfare and its perception throughout the world, because science is also moving forward in this area and that we have a great deal to learn from this field and its consequences in ethical and legal terms”.

Since 2014, we have fully worked on the design of a balanced and as complete a programme as possible, as well as on the search of the most qualified speakers. We very much thank the speakers who kindly accepted our invitation and travel, some of them from very far away, in order to share with us their science and enrich our exchanges.

From this conference, we expect to have answers to questions of primary interest, as for example: What is the scientific definition of animal welfare? On which criteria should it be assessed? Which national or international legislations take it into account? Which animals are concerned with it, which are not and why? What are the obstacles to the concern of securing animal welfare?

This conference and its conclusions will significantly contribute to inform the public. They will also reinforce the steps to undertake in favour of new regulatory measures, particularly because of the reorientation of regulations, which, regarding animal welfare, tend to abandon obligations of means and only target a result obligation, which will lead to the necessity of controls which will have to be based on rigorous and unquestionable appraisal criteria. If our conference may result in a progress of the law related to the welfare of the animals that humans are using and for which they are ethically responsible, it will have achieved its goal.

But there are other animals for which speaking of welfare is improper: these are the countless animals pertaining to the countless wild species. Yet, their lives become more and more difficult, because humans are destroying nature, polluting it, appropriate it, and act as blind and deadly predators. At this time, the 21st Conference of Parties to the United Nations Framework Convention on climate change is ending. Organised in the aim to save our planet, it seems above all, preoccupied by saving humanity and its sustainable development. There has been less discussion about other living animal species, considering the cataclysm of the 6th global extinction has already begun and the balance of life on Earth is in jeopardy.

Because it is here at Unesco that in October 1978 we proclaimed the Universal Declaration for Animal Rights, in the name of science and culture, because the fundamental right of wild animals is to be able to live freely in its natural habitat and to breed, and also because I am the last survivor of the five founders of our group, I allow myself to propose that the next conference of La Fondation Droit Animal, Éthique et Sciences deals with wild animals living freely in the wild, to discuss its fair place in the law, to debate on our ethics towards them, and to consider that we should grant them a good life, as we cannot assure their welfare. I would like to honour the donors of our foundation, whose generosity during their lifetime or beyond, allows us to coordinate all our actions totally independently and with a complete freedom of expression. Their generosity allows us particularly to organise conferences like this one today, to which every donors can attend freely. This is a considerable financial effort for our foundation, but for the founders who were academics, the dissemination and acquisition of knowledge must be free. This was and remains our rule. I thank you for coming in such large numbers and I wish you an enriching conference.

Evaluation of animal welfare: the weight of words and the power of numbers

Animal welfare in Central and South America: What is going on?

Legally accepted pain and other poor welfare in animals

Importance of living environment for the welfare of captive animals: behaviours and enrichment

Conclusion to the symposium: Animal welfare, law and ethics